At The Lincoln Memorial During March On Washington

Framed by American actor Charleton Heston (1923 - 2008) (left) and singer Harry Belafonte (right, with a button on his lapel), writer James Baldwin (1924 - 1987) (center left) talks with actor Marlon Brando (1924 - 2004) in the Lincoln Memorial during the March on Washington for Jobs and Freedom, Washington DC, August 28, 1963. The march and rally provided the setting for the Reverend Martin Luther King Jr's iconic 'I Have a Dream' speech. (Photo by PhotoQuest/Getty Images) 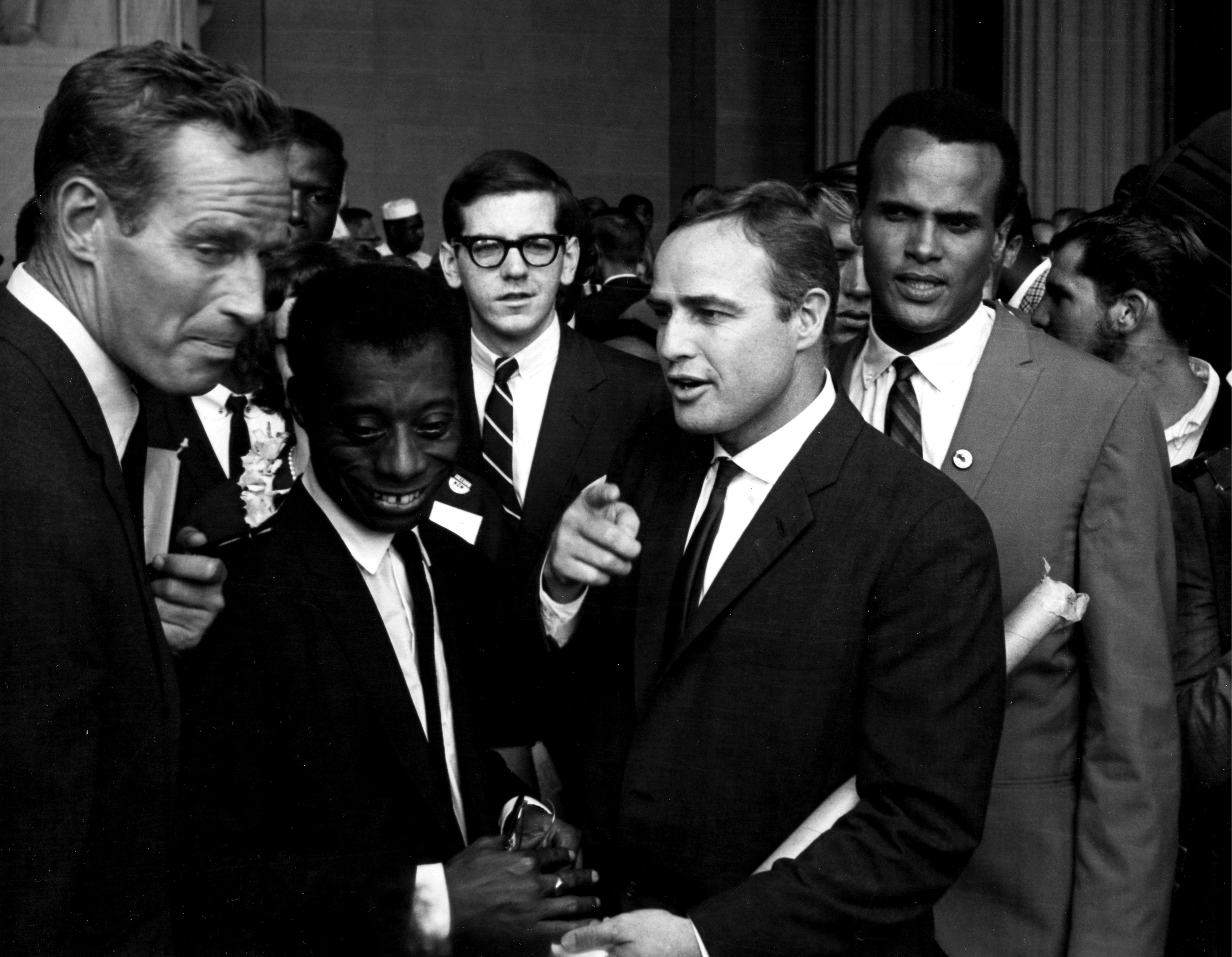