Bring the Past to Light by Exploring Gay Rome with Quiiky

There is an old saying about the capital of Italy, “Roma caput mundi.” It refers to a Latin phrase that acknowledges Rome as the the capital, or the “head”, of the world. In modern times, the city is still thought of as the utmost expression of architectural beauty, splendor and glorious history. Some may even think of Gay Rome as the capital of the world’s gay culture. It is the place where the Roman Empire was established and where the Greek tradition of same-sex relationships were not condemned, rather encouraged and well accepted. 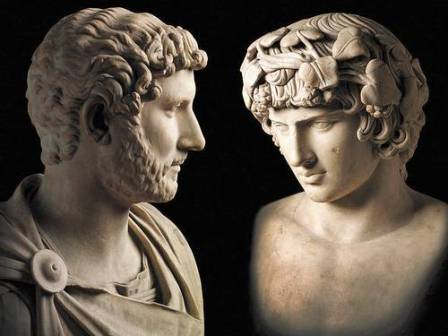 In Ancient Greek society, it was very common to have same-sex experiences as a sort of rite to access the adult age. It was also a common practice between teachers and scholars that the young scholars felt to be chosen as ‘preferred ones’ by starting a sexual relationship with your teacher that you were being honored.  Heterosexual unions were far less important: women were just a means for having children and usually not as much passion was involved in straight sex. Romans took up the same customs, modifying them in time. The Greek cult of the perfect body as a divine expression of beauty pervaded widely the Roman culture at the beginning, which always looked at the Greeks as the highest cultural dominion.

Gay Rome’s history may call to mind some of the great bisexual or gay Roman emperors, such as Hadrian (with his beloved Antinoo), Nero, who married two young men, or Julius Caesar, playfully described as “the husband of all wives and the wife of all husbands.” Also, the iconic Roman gladiators were trained in compliance with specific sexual rules that gave preference to relations with male partners. 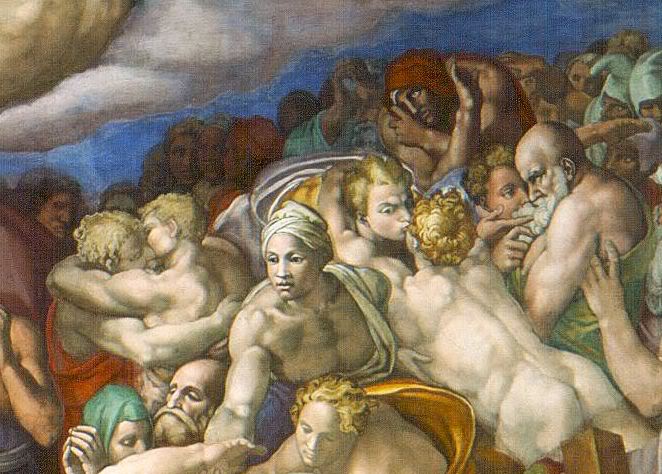 Much of the most beloved Roman landmarks are filled with untold history that reveals signs of Gay Rome’s past. You will be surprised when visiting the Vatican Museums or the Sistine Chapel to discover how much homoerotic art is expressed here. It starts with the turbulent life of Michelangelo and the homosexual symbols and gay paintings he left us. Also in Tivoli, in the outskirts of Rome, gay life and love spread out. Villa Adriana is an amazing love gift from Emperor Adrian to his gay lover Antinoo, who died young and left the Emperor in deep sorrow.

4 Ideas to Plan a Top Weekend in Gay Rome

Quiiky LGBT Tours believes that Gay Rome has so much to be told under a queer light. They have been working for more than seventeen years on constant research about the hidden Gay Roman history. They have enrolled the best LGBT historians to help give visitors a unique, unparalleled experience in gay history.

Quiiky has selected the best gay guides in the city, trained them with their unique walking tour format, in order to be able to assist travelers in any possible request they may have concerning Gay Rome and its history. Here are four tour ideas to plan a top visit in Gay Rome.

Why travel with Quiiky LGBT Tours?

Quiiky is the most experienced gay tour operators in Italy. The group was founded by partners Alessio and Andrea, a young Roman gay couple who have been together for almost twenty years, now. They started to work on Roman gay history a long time ago and have acquired, so far, extensive experience in organizing city tours for gay travelers. They are experts in what LGBT tourists can expect when visiting a city like Rome. Their walking tours always include skip-the-line tickets, are private tours for singles, couples or for small groups, with English speaking gay or gay-friendly guides. They will take you through convenient paths, focusing on gay art and unveiling the secrets behind it. They make it easy: no waste of time before entering the museums or attractions, only security controls as usual.

With Quiiky, Gay Rome is at your fingertips! You may be interested in organizing more days in the Eternal City and discover places you would never imagine: Galleria Farnese, the Andersen Museum and not forgetting the Underground Roman Catacombs. Also, they are expert tour organizers, offering several off-the-beaten path itineraries: for example, bringing together culture and gay leisure on the sandy beaches in the outskirts of  Rome. There are so many ways to visit Gay Rome.

Last but not least: Quiiky’s special customer care. They not only assist travelers in organizing tours in Rome, they can book amazing accommodations at gay and gay-friendly hotels, organize ground transportation with select gay-friendly drivers, in Rome and throughout Italy. They assist along your trip and are available to respond to any possible request concerning gay experiential Rome and Italy.