In the 1700s upper class young men across Europe would celebrate their coming of age with the Grand Tour. The Grand Tour, a term first used by Richard Lassels in 1670 in his tourist guidebook ante litteram “The Voyage of Italy”, would take place over the course of several months, typically during the summer. Participants of this educational rite of passage traveled around several of the major European cities, often supervised by a cicerone, a guide well versed in history and art.

They were exposed to new artistic, social, political, and cultural ideas. In a time before cameras this was often the only chance these young men would have to see the famous works of art and historical classical landmarks they would have only previously been able to read about. As the birthplace of the Renaissance, Italy featured heavily in the itineraries of these young men.

Rome, already a popular destination for pilgrims, and Venice in particular were considered essential for any proper Grand Tour. Florence, with its many museums, was another popular destination. Genoa was favored for its mild climate, stunning architecture, beautiful gardens and prime location on the Mediterranean. The historic capitals of the Kingdom of the two Sicilies were also very popular: Naples, which quickly became another Grand Tour staple following the following the archeological finds in Pompeii, Stabia and Ercolano; and Palermo.

By the 1800s the Grand Tour experience was so celebrated and desired that it became popular for even women to embark on the journey, though it was still a tradition out of reach to all but the upper classes. Some participants were so taken during their travels they would extend their stays in Italy indefinitely. These travelers created lively cultural salons which in turn attracted the attention and the interest of a burgeoning travelers’ community, primarily German and British tourists, and a growing group of nouveau riche Americans.

A number of writers, philosophers and poets flourished on the Grand Tour. Charles Dickens’ guidebook “Pictures from Italy” contributed to the increase in artists and intellectuals traveling to the Bel Paese in an important way. Luminaries like Thomas Hardy, Elizabeth Barrett Browning, Henry James, Nathaniel Hawthorne, Edith Wharton, Henry David Thoreau, Ralph Waldo Emerson, the abolitionist minister Theodore Parker, and the heiress art collector Isabella Stewart Gardner all called Florence, Venice, Rome, Genoa, Naples or Palermo home for extended periods. They brought new life to these cities through cultural salons, literary events and art exhibitions. The American sculptor Hiram Powers decided to open an art workshop in Florence, where he dedicated himself to neoclassical works and satisfied visitors’ constant requests for busts and portraits, all eager to immortalize their memory of the journey of a lifetime in a unique way.

The Grand Tour was a tradition that continued nonstop well into the 1900s, until the continent opened up to mass tourism… but in a good sense. As the custom reserved almost exclusively for the upper class died away a new breed of traveler grew in its place. The second half of the 20th century brought more graduate students, female students, artists, writers and young creative people from all over the world, all coming to Italy looking for those same experiences and emotions that motivated their predecessors.

While many dynamics have fundamentally changed over the past 300 years, today’s Grand Tour continues to offer inspirations and opportunity for personal growth and education in an environment that is ever more open and stimulating to the traveler, thanks in great part to the continuous intercultural exchanges generated by travel.

The growth of “experiential tourism” really follows in the traditions of yesteryear’s Grand tour and highlights an important part of what today’s travelers desire. In addition to the art, history and the iconic locations of a country with such a vast cultural treasure, interest is growing in traveling to more unusual destinations – off the beaten path – that allow a deeper experience of the many diverse aspects of Italy’s culture and traditions. This includes longer stays in ancient villages or agriturismos, providing the opportunity to live more as a local. Another trend is the growth in specialized tours, ranging from religious and historical to tours specialized in opera, wine, and even artigianale products.

Today, with the boom in remote work brought on in no small part by last year’s global pandemic, we have arrived at the latest iteration of the Grand Tour, digital nomadism. The arrival of remarkable young people from all over the world, contributing even more diverse and interesting perspectives to these traditional Grand Tour destinations. Times may have changed but the desire to grow and experience the world that first motivated the “young lords” of the 17th century lives on in this new breed of travelers as they set off on their very own version of the Grand Tour.

This is one of the articles present in the biennial edition spring/summer 2021 of QMagazine.  Download it now: https://bit.ly/3r9HPMj 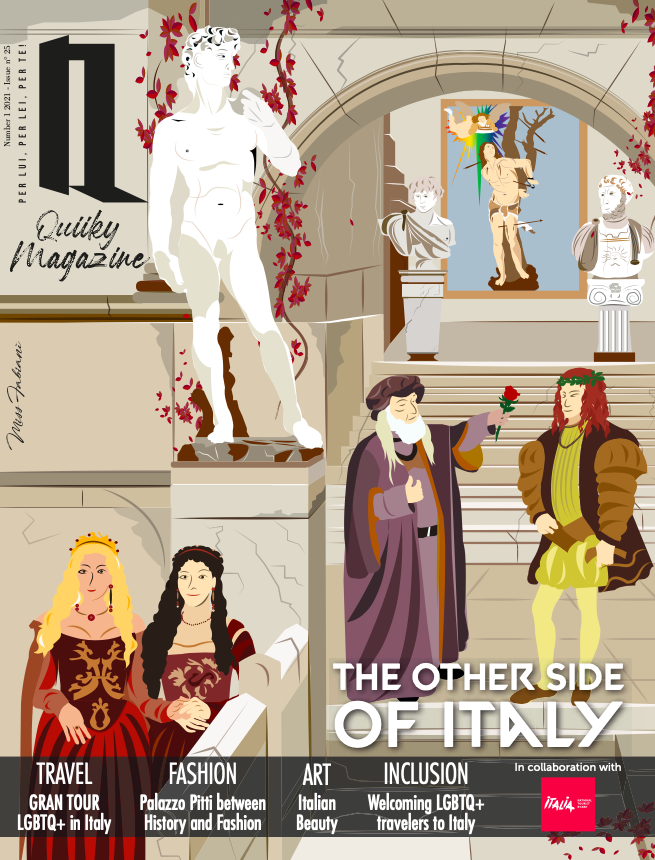