A Quick History of LGBT Culture in Italy

What do you think of when you think of Italy’s LGBT Culture? The gay beaches of Italy’s queer destinations like Puglia? The homoerotic art by Renaissance painters like Leonardo DaVinci? Maybe you’re picturing queer life as depicted in films like Call Me By Your Name? Or maybe you think of the muscle-clad gladiators who bore it all in The Colosseum? Italy’s history stretches back for centuries, and more specifically, Italy’s LGBT culture stretches back just as far!

Here we will attempt to outline some of the major moments in Italy’s LGBT Culture and history that shaped global culture worldwide, and continue to shape queer life in Italy today. Want to find out more? Quiiky Untold History Tours will show and explain all the things you want to see on a standard tour, but with an emphasis on the destination’s LGBT history. 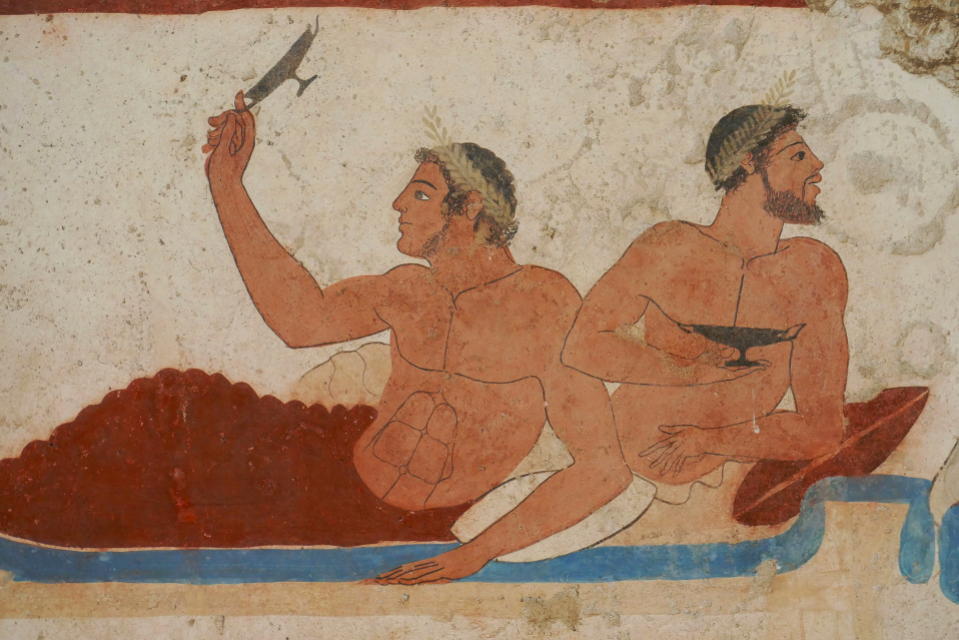 Some of the earliest depictions of LGBT culture in Italy can be found in the ancient archeological site, The Pasteum. The landmark is rich with tombs, which were painted by the Greeks with frescoes. Specifically, the ‘Tomb of the Diver’ is perhaps the most famous one, the only example of Greek painting with ﬁgurative scenes, coming from the Classic, Archaic and Hellenistic period, which has survived in its entirety. The scenes on the walls represent a total of ten men who entertain a banquet, lying on klinai: one playing the lyre, one plays the ﬂute, one plays the còttabo (trying to hit the target with the sip of the wine in his cup), two in particular linger in attitudes of homosexual affection, a typical Greek habit: it is the ratio of pederasty, where one of the two men is in adulthood and the other one is a teenager, in a relationship pupil/teacher.

According to history, it is well known that Ancient Roman soldiers needed to show their self-discipline not only during a battle, but also during their everyday life. Augustus, considered the first Emperor of Rome, did not allow soldiers to get married. Instead they had a short list of sexual habits that were permitted: having sex with prostitutes of any gender or with male slaves; war rapes and having same-sex relations. LGBT culture and sex have been a large part of Italy’s history since ancient times. Including with it’s emperors!

Emperor Nero and His Beloved Sporus

Nero was the last Roman Emperor of the dynasty founded by Augustus. Some stories about his sexuality had been recorded by some writers like Suetonius. These stories relate to how Nero used to enjoy sexual relationships with men. They say he married his lover Sporus and he treated him as a wife. Nero was also connected sexually to Doryphorus, assuming a passive role with him.

Julius Caesar and the “Queen of Bithynia”

LGBT culture in Italy’s Ancient Rome also flourished during times of Emperor Julius Caesar. Julius Caesar was a Roman politician and military leader, known for having an affair with the King of Bithynia, from which he was referred as the “Queen of Bithynia”. Also some tellings say that when he won the battle against the Gauls the soldiers sang, “Caesar may have conquered the Gauls, but Nicomedes conquered Caesar.” He was also known as “Every woman’s man and every man’s woman.”

LGBT Culture in Italy During the Renaissance 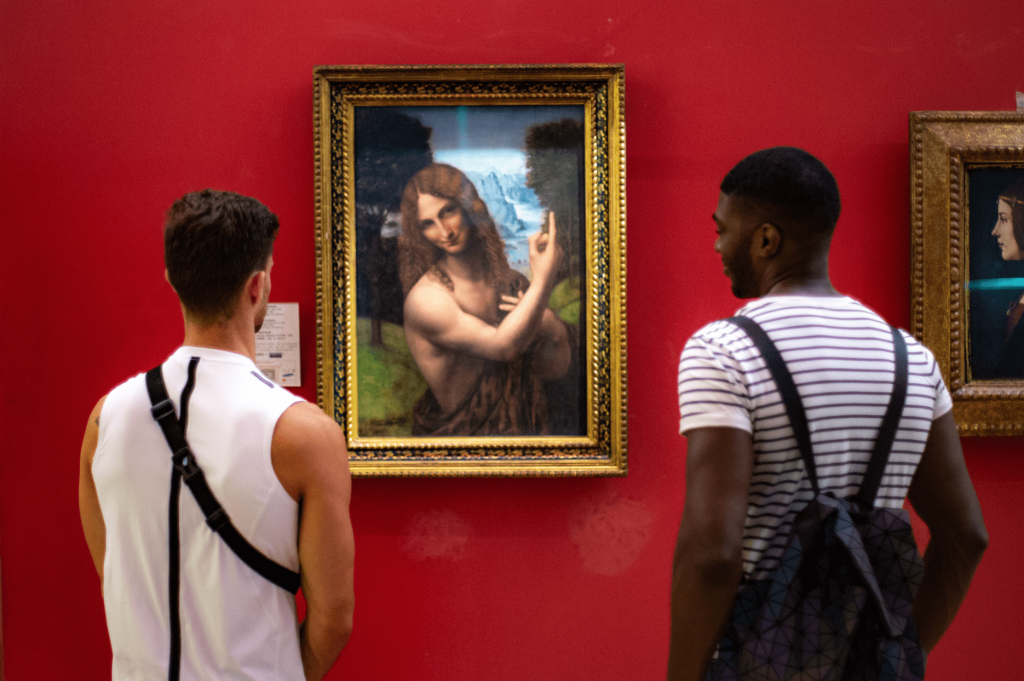 Leonardo da Vinci is named as the ‘Renaissance Genius’. He was a scientist, a painter, an architect, an engineer a choreographer, an inventor and much more. A superior mind in a time of great artistic and scientific enlightenment which made Italy the country of knowledge and art. Leonardo’s personality was driven by a speculative idea. He needed to understand and to explain natural phenomenon and he did it by a never-ending study. Nevertheless, even though he was acknowledged as a genius by all Renaissance courts, he was pursued and condemned for his homosexuality. At his laboratory in Florence and Milan (in his ‘bottega’), some scholars were involved in romances with him, which harassed his fame. Leonardo was said to be grumpy and misanthropic….but he fell in love with a young scholar, who he surnamed Salai (from Salaino, the Devil’s name). In Rome’s Ambrosiana Gallery, visitors can see a portrait DaVinci painted of his lover.

LGBT Culture in the Work of Michelangelo

Visitors to the Vatican Museums can see a glimpse of LGBT Culture in Italy through the lens of one of the greatest artists of all time: Michelangelo. At first entrance into the museums, you will be caught by the modern entrance built for the Jubilee in 2000, but then –inside the museums– the Sistine Chapel will amaze you. The ceiling was painted by Michelangelo between 1508 and 1512. The order was originally to paint the twelve apostles, however Michelangelo demanded a free hand in the pictorial content of the scheme. He painted a series of nine pictures now worldwide famous.

‘David’ As A Symbol of LGBT Culture in Italy

Donatello’s David, the first freestanding male nude after Greek-Roman times, is available to visit in the Accademia Gallery in Florence. The museum also hosts some other famous painters of Renaissance: from Cimabue to Giotto, to Botticelli, the painter of the ‘Primavera’ (‘Springtime’). The masterwork here is the ‘David’ by Michelangelo: his naked beauty is breathtaking. His face seems concentrated on the enemy and his muscles are ready to sprint. The work is arguably one of the most symbolic pieces depicting LGBT culture in Italy. 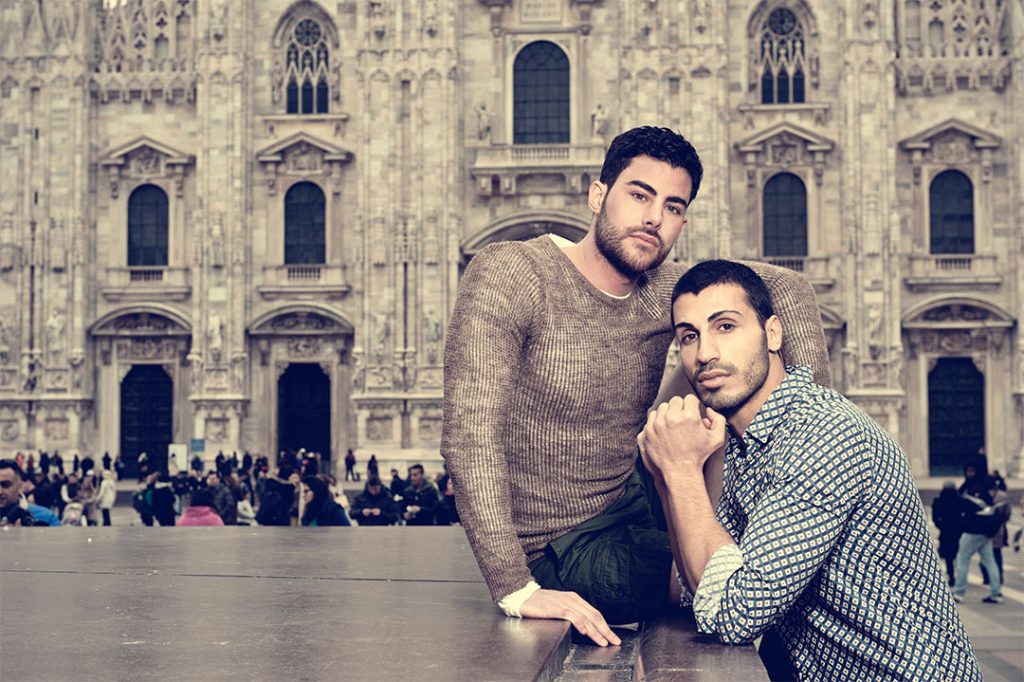 Taormina is claimed by many to be the most beautiful place in Sicily. It is said that it was Taormina itself that first attracted tourists to Sicily in the 18th and 19th centuries. A frequent resident was Oscar Wilde, who worked on poems, essays and plays here. The town was also home base for Wilhelm von Gloeden, a German-born photographer known for his pastoral nude studies of tawny, smooth young Sicilian boys. With the rise of Fascism, the gay scene faded, but after the war, Taormina regained its allure, becoming a celebrity hangout for Truman Capote, Tennessee Williams, Christian Dior and others.

Venice is the undisputed capital of the world for romantic travel. Not just for straight couples, but it’s actually an interesting gay story behind the Venetian palaces. The first gay community in Europe was in Venice in Italy! This city, unique in the world, has always welcomed the “others“. It was founded by refugees in the fifth century B.C., and later, Jews, heretics and exiles found their new home here until the nineteenth century, when a real gay community settled here. Lord Byron was one of the mentors of the European high society who arrived in Venice in 1816. And the LGBT continues to live and thrive in Venice today!

Puglia, A Capital of LGBT Culture in Italy (And Great Beaches!)

Heralded as one of Italy’s best destinations for queer travelers, Puglia is a favorite beach destination with a unique history, architectural style, and community of its own. Quiiky offers tours of the region designed specifically for LGBT travelers, created to show you exactly what makes the region so special. 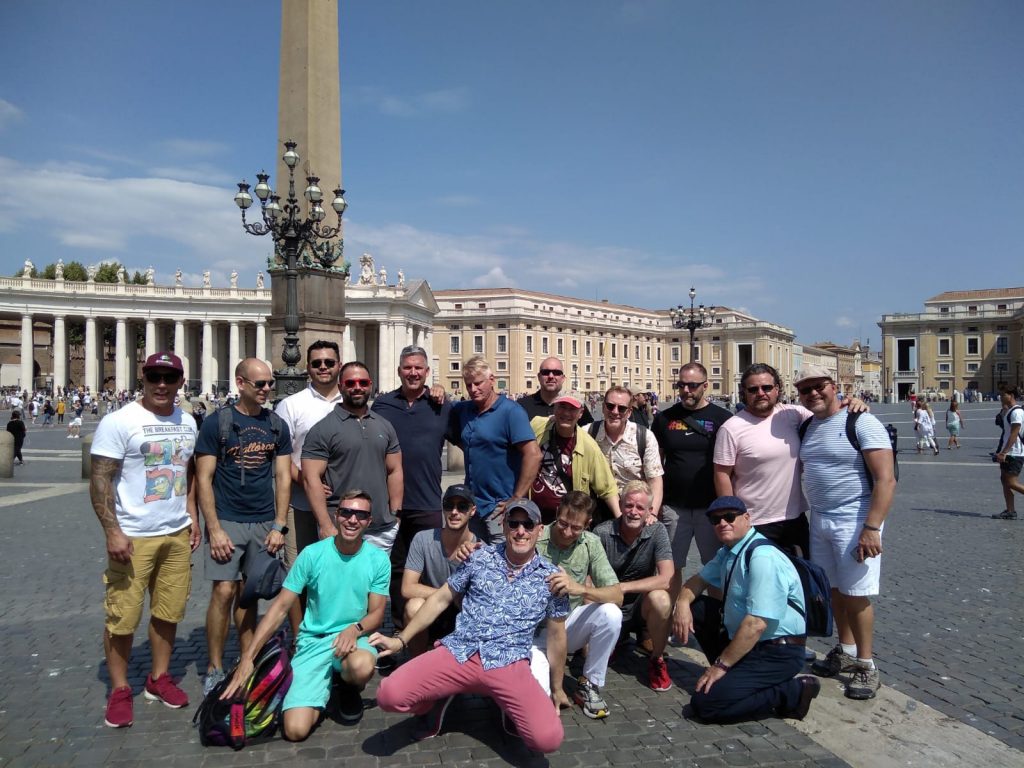 Quiiky Untold History tours share a new perspective on Italy’s history. This means delving deep into the lives, loves and challenges faced by renowned gay geniuses such as Leonardo da Vinci or Michelangelo Buonarroti, whose sexuality and the societal challenges they faced dramatically impacted their art and lives. It is an opportunity to rediscover Roman and Greek history in Italy without ignoring the importance of same-sex love. Our gay-friendly guides will help you to discover the untold history of iconic Italian destinations.