LGBT Art Through History in Italy: From the Roman Empire to Now

From its Ancient Greek roots to the Renaissance through today, Italy’s history has been rich with LGBT art and culture. In almost every city throughout Italy, travelers can tour through museums, churches, and archaeological sites that present centuries of vibrant art. And if you choose to look a little deeper, you will unveil unique queer stories woven though Italy’s LGBT Art History.

We’ll take you in depth about Italian art related to the LGBT community. 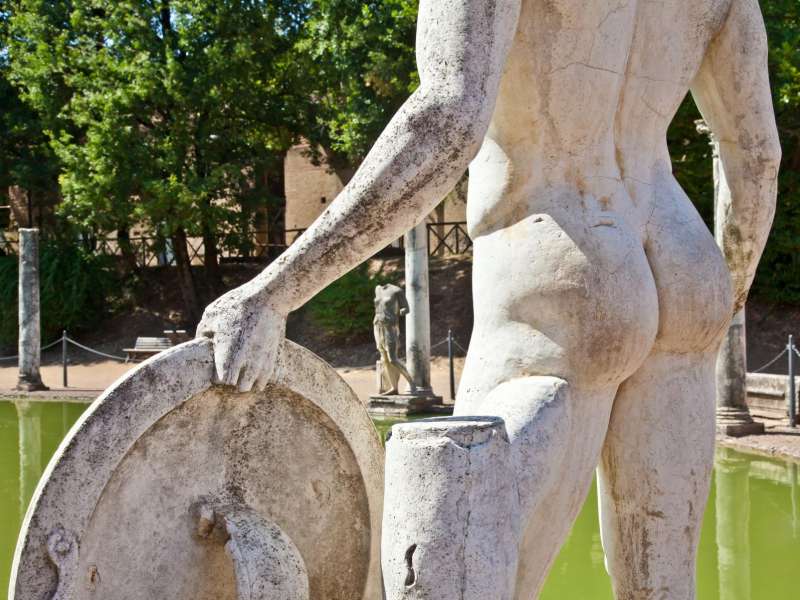 A visit the Archeological Museum in Naples will introduce you to an amazing collection of frescoes and statues that were excavated in Pompeii and give you a peek into LGBT Art History and culture. Some nearby sites include a fresco of Sappho, the lesbian Greek poet, painted holding a stylus in deep contemplation of the viewer. The Museum also has some fabulous homoerotic pieces, including the statue of Harmodius and Aristogeiton, the male to male couple who were revered as the founders of the Athenian democracy.

In Tivoli, a city about an hour from Rome by car, visit Villa d’Este and Villa Adriana. The first one, built in 1560, is included in the UNESCO world heritage list thanks to its impressive fountains, grottoes, and plays of water. Villa Adriana was the home of the Emperor. It was a complex of over 30 buildings, and was the greatest Roman example of an Alexandrian garden, recreating a sacred landscape. It also shows you a taste of LGBT Culture through history in Italy.

The story of Hadrianus is undoubtedly one of the most romantic gay stories of the ancient history. Adriano and Antinous were very close: Antinous was Hadrianus’ hunting companion and traveler partner, but not only that. The love Hadrianus felt for the young Antinous was such that, after the untimely death of Antinous drowned in the Nile, he deified him and founded a cult by erecting monuments in his honor: Villa Adriana.

The wonderful Villa Adriana in Tivoli is the Roman villa that Hadrianus had it built in memory of his beloved. Here you will see the significant structure “the Canopus” which was an evocation of the Nile River where you can find the town of Canopus. Built in memory of his visit to Egypt where Antinous passed away.

In 1998, the remains of what archaeologists claimed to be the monumental tomb of Antinous, or a temple to him, were discovered at the Villa: it was the symbol of the great love of Hadrianus for the young man.

LGBT Art History in the Renaissance

In Florence, the Renaissance capital of the world, during the Medici’s government, tolerance of queer identity and a “controlled” acceptance allowed artists to express their nature and inspiration. The city became a beacon of LGBT Art History. Visitors can see the true “David” masterpiece by Michelangelo, visit the “Bargello” and walk with our gay guide to discover the unveiled history of artists and common people who animated the LGBTQ+ scene.

Leonardo da Vinci is nicknamed the ‘Renaissance Genius’. He was a scientist, a painter, an architect, an engineer a choreographer, an inventor and much more. A superior mind in a time of great artistic and scientific enlightenment which made Italy the country of knowledge and art. Despite his genius, Leonardo was pursued and condemned for his homosexuality. At his studio in Florence and Milan (in his ‘bottega’), some scholars were involved in romances with him, which bit at his fame. Leonardo was said to be grumpy and misanthropic, but he fell in love with a young scholar, who he surnamed Salai (from Salaino, the Devil’s name). Salai was a handsome young man who had a very strong appeal on Leonardo, who accepted his turbulent and outrageous attitude. Da Vinci’s ‘St John the Baptist’ painting recalls Salai as a model and he has inspired many paintings (amongst them, the ‘Mona Lisa’). His scholar Salai was a turbulent character in Leonardo’s life, he was a cheater, a thief, but nevertheless Da Vinci kept the young man with him until two years before he died. 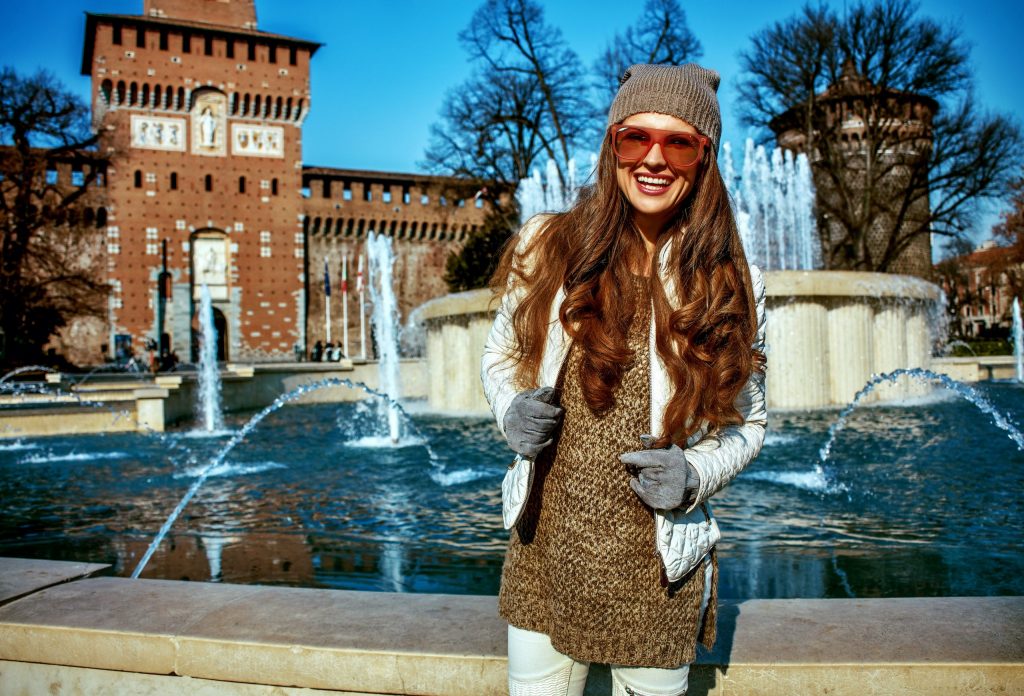 LGBT Art History in Italy doesn’t stop at the Renaissance. There continues to be significant LGBT art and culture emerging from Italy today.

One of the best examples is Wilhelm von Gloeden (1856-1931). He was a German photographer known for his work in Italy, primarily in Sicily, where he captured pastoral nude studies of Sicilian boys. He often posed the boys with props such as wreaths or. amphoras, a motif he pulled from Ancient Greek history, digging from Italy’s LGBT Art History. Casa Cuseni in Taormine is must-see destination for art lovers traveling to Italy, where the Museum of Fine Arts is located and where the majority of Von Gloeden’s works have been collected, after his decision of living and working in Sicily.

Want to dive into queer art and history by planning a trip to Italy? Visit Quiiky.com/en to browse their list of incredible LGBT Tours all over Italy, and see LGBT Art History and Culture come to life!

Gay Sicily: Explore One of The Best Queer Destinations in Italy

The island of Sicily is one of the most attractive destinations in Italy, both in terms of its natural surroundings and deep cultural roots. You may not know that it is highly appreciated as an LGBTQ+ welcoming destination, too!...

There is an old saying about the capital of Italy, "Roma caput mundi." It refers to a Latin phrase that acknowledges Rome as the the capital, or the "head", of the world. In modern times, the city is still...

The gay pride festival is held annually, usually in June - a.k.a. Pride Month - throughout much of the world. Unfortunately, in the last two years due to the Covid-19 pandemic, most gay pride celebrations have been canceled, postponed, or held...