Gay Sicily: Explore One of The Best Queer Destinations in Italy

We recommend the best ways to get to know the LGBTQ+ welcoming destination.

The island of Sicily is one of the most attractive destinations in Italy, both in terms of its natural surroundings and deep cultural roots. You may not know that it is highly appreciated as an LGBTQ+ welcoming destination, too!

A Brief Overview of Gay Sicily:

Sicily, the island is just under the ‘Italian boot’, was conquered throughout history by Normans, Spaniards, French, and the Arabs. It is a melting pot with great cultural and natural heritage give way to an exotic appeal you can only find in gay Sicily.

The town of Taormina in gay Sicily has been a refuge for queer people since the 19th Century. It was a popular escape for artists for generations, most notably among them the German baron Wilhelm von Gloeden. He arrived in Taormina at the age of 22 to rest and treat his tuberculosis. Infatuated by the beauty of the local men, von Gloeden started photographing strapping men in poses resonant of the island’s ancient Greek and Roman times, as objects of lust and desire. Many of his works can still be seen displayed around the island today. 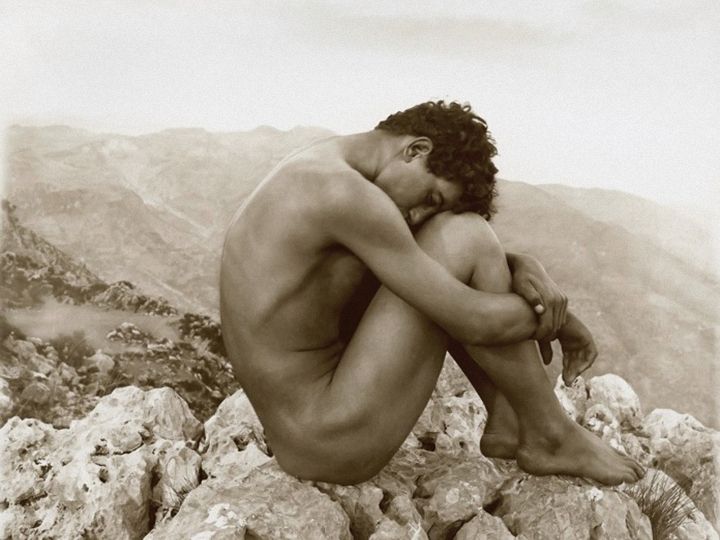 The Best Queer Things To Do in Gay Sicily:

Quiiky, the LGBT tour operator in Italy, recommends a bunch of incredible ways to get to know Gay Sicily while you’re traveling. Here are a few ideas:

Eat (and Drink) Your Heart Out in Gay Sicily!

Rent a car and enjoy this Mediterranean trip, traveling in the Greek history and tasting amazing dishes, such as ‘Arancini’ and ‘Caponata’ or ‘Pasta with Sardines and Fennel’. The volcanic soil of Mt. Etna also provides a stunning setting for unique Italian vineyards, who give Sicilian wine a unique terroir you’ll be sure to remember!

Relax at a Queer Beach in Gay Sicily

Here on the Western coast of gay Sicily, Fossa del Gallo is renowned as a well-known gay beach, from where you can easily reach Mondello and Scopello. In the Scopello oasis, the ‘Zingaro Natural Reserve’ expresses its breathtaking beauty, with its path overhanging the sea and with its clear waters. Here you can rent a boat for sea excursions. Finally, the Mozia Salt fields, with their wind mills, changing colors at the sunset. Do not forget to visit the most beautiful beach in Sicily, San Vito Lo Capo and taste its special traditional couscous!

Catania is the biggest town under the Volcano Etna. It is also a cradle of LGBTQ+ experiences, as it is considered the most gay-friendly towns in Gay Sicily. Catania is also the place where tolerance towards same-sex desire allowed youngsters to meet and find and make love near an iconic tree… (Quiiky will tell you more!). On a more somber note, Catania is also where during Second World War many gay men were exiled.

Take a Sea Tour of Gay Sicily in Taormina

Taormina, the pearl of the Mediterranean, is known as a ‘buen retiro’ for many gay artists during the 19th and 20th century. Here visitors can enjoy a stunning view on the Messina Strait: if you are lucky you can easily see Reggio Calabria on the other side of it.

A short trip from Sicily is to visit Syracuse and the Island of Ortygia, the most famous Greek theatre in the world. Still in use today, the theater enjoys breathtaking views of the natural surrounding framed by green-and-blue shades of the oldest quarter of Syracuse. Then the small town of Noto is the capital of the astonishing Sicilian baroque architecture.

Book Your Visit to Gay Sicily Now! Visit Quiiky.com/en to discover the best ways to visit gay Sicily with the experienced LGBT tour operators. Quiiky offers daily “Untold History” experiences, multi-day tours with a local gay guide, group tours, and even tailor-made tours suited just to your needs, to help you make the most of your queer experience in Italy!