See Italy's queer Untold History, even if you're on a budget!

Last week, for the first time in 20 years, the value of the Euro currency came into parity with the U.S. Dollar. If you’re not an economist, what that means is that the two currencies are just about at equal value. That means that now is one of the most affordable times to visit Europe! To celebrate, we’re highlighting some of our favorite Quiiky daily experiences in Italy that offer unparalleled views into the “untold history” of Italy’s LGBTQ+ community. This is Affordable Gay Italy; travel experiences that won’t break the bank!

Quiiky is a professional LGBTQ+ tour operator in Italy, offering curated experiences that focus on welcoming LGBTQ+ visitors to Italy. They offer multi-day tours, custom-made tours, and daily-experiences in many cities throughout the country, in which you can get to know a piece of history you may not have read in textbooks. These Untold History tours are a great way to spend an afternoon on your visit, as they connect you with LGBTQ+ culture, art, and history, in ways you may not have expected.

Quiiky’s Homosexuality in Ancient Rome tour is one of the most popular options, since it brings to life one of our favorite topics. You start the tour at the Oppian Hill, one of the famous Seven Hills of Rome. You’ll take in the magnificent view of the Colosseum from above before you skip the lines and enter the majestic arena.

On this Affordable Gay Italy tour, you’ll enjoy a historic narration on the lifestyle of the Roman soldier, including his sexual habits and associated military rules.  Emperor Augustus prohibited his troops from marrying or engaging in relationships that might divide their loyalty to him and the empire, only sex with prostitutes and slaves was permitted.

Another story you’ll hear: the great and controversial leaders who built this city, including Augustus, Nero and Julius Caesar himself (“the husband of all wives and the wife of all husbands”) at the Temple of Caesar.

Catania is one of the most famous Sicilian cities for its LGBTQ+ community and nightlife. An Affordable Gay Italy tour from Quiiky lets you discover all the natural and historical beautiful places that has made the story of the gay scene in Catania.

Your Quiiky gay guide will share the secrets of the young men and women who were persecuted during World War II for being gay or lesbian. At the Duomo (the Cathedral) and the Elephant Fountain in the historical center of Catania (a UNESCO World Heritage Site), you’ll hear more about the city’s vibrant community.  Then, up to the ‘Ursino Castle’, which oversees the town and has been the meeting point for the ‘arrusi’ (passive) and the ‘masculi’ (active) for generations.

You will also travel to the infamous ‘red light district’: The San Berillo District, where prostitution was the only way to fight against harassment and the only possible income for many gay men. 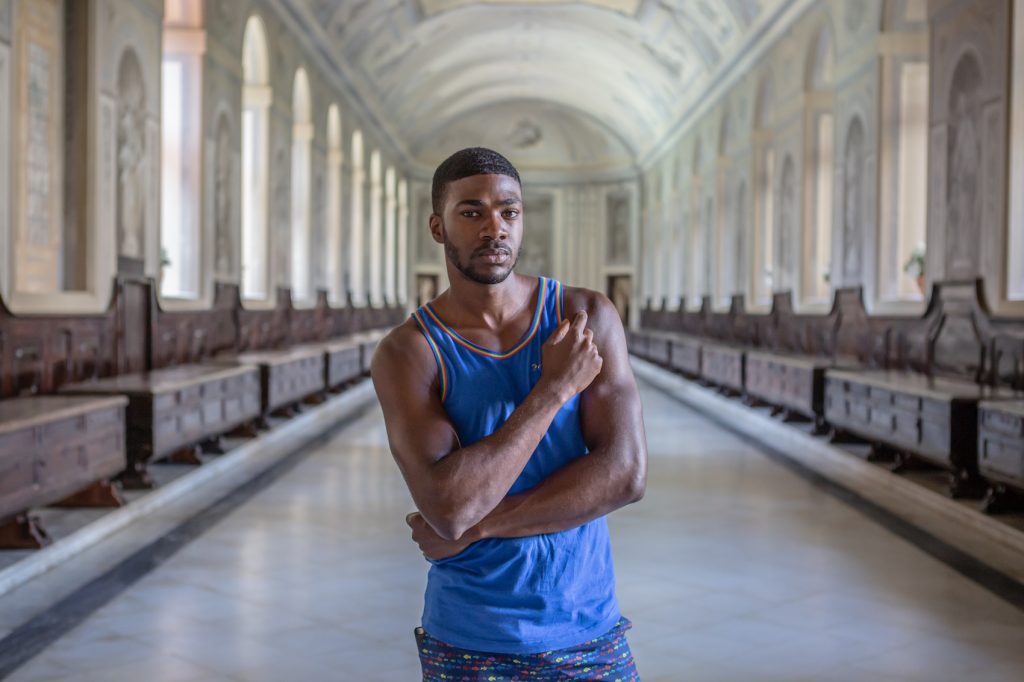 Naples is a city of art and history: many artists from all over the world thrived here. On the Quiiky Naples, The Art City tour, you’ll hear about how Naples was founded by the Greeks and then became part of the Roman society. You will visit the Naples Archaeological Museum, where you will see the amazing collection of frescoes and statues that were excavated in Pompeii and some nearby sites. The Museum also has some fabulous homoerotic pieces, including the statue of Harmodios and Aristogeiton, the male-male couple who were revered as the founders of the Athenian democracy.

You’ll hear more about how the idea of love between men was deeply settled in the early Greek culture. Even Greek gods or heroes had affairs with men or boys according to the historical remains. Zeus for instance, leader of the pantheon, was renowned for his capture of Ganymede. In addition, Achilles and Patroclus were known for their prowess as warriors, by later poets and dramatists as lovers. 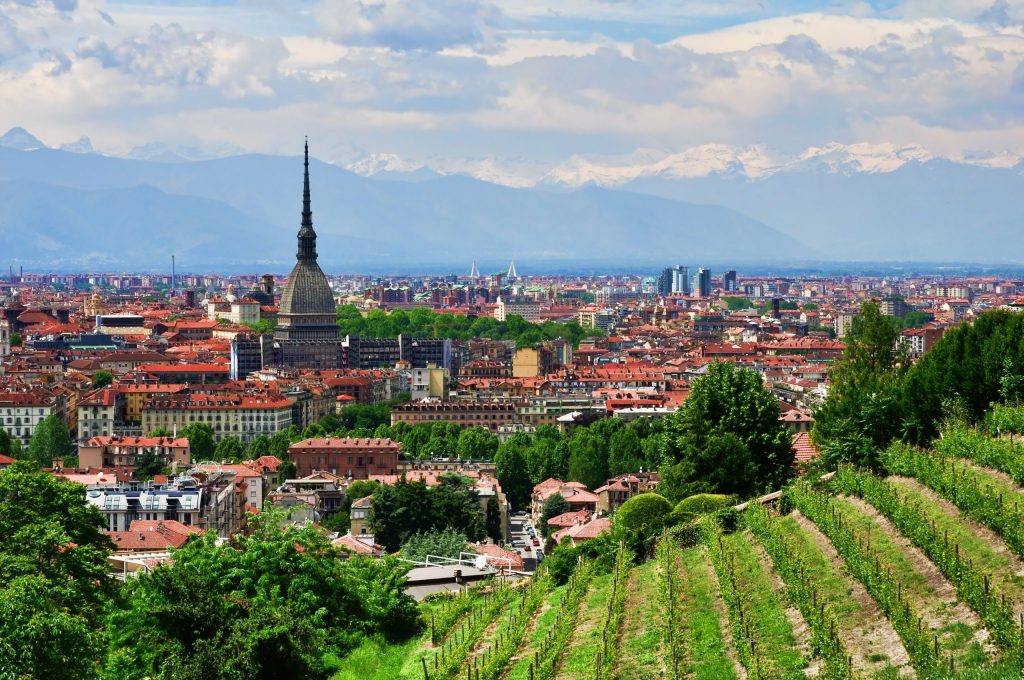 The Quiiky affordable gay Italy tour, ‘Turin Untold History: Quite Another Story’, is a project by ‘Quore LGBTQ+Association’, supporting and helping gay people to find their home and a job, when they are in need. The association guarantees personal and psychological assistance and helps for integration in the local society. For this reason, a portion of the amount paid for this tour will benefit the association.

This walking tour takes two hours and is escorted with an LGBTQ+ local guide. You will discover some untold histories starting from Sa Carlo Square, to the Palatine Doors, Carignano Square, the Subalpine Gallery, Po Street and the Castle Square.

Your guide will tell you the stories of twelve notorious characters who have left memorable reminders throughout Turin, even though mainstream historians often erase them from history. You will be told life anecdotes and will see their manors, when possible. This is a unique tour that offers a true journey into Piedmont’s LGBTQ+ culture. 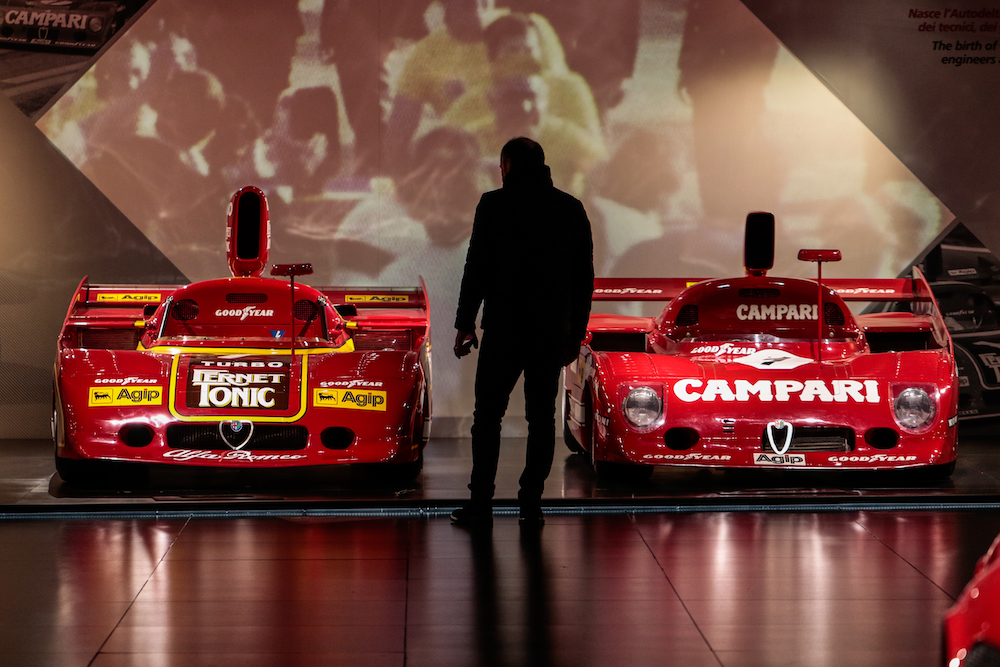 Affordable Gay Italy: the legend of Alfa Romeo and the gay iconic “Giulietta”(€75)

In 2015, the prestigious auto brand Alfa Romeo opened its museum outside Milan on the original site where the brand was founded 105 years before. It’s the site of our next Affordable Gay Italy tour, the legend of Alfa Romeo and the gay iconic “Giulietta”.

The museum boasts a collection of original Alfa Romeo cars traces the path to the great splendor of recent times, in which the ‘Milanese Red’ (the original Alfa Romeo brand color) is celebrated by videos and guided tours. See 69 models, which reveal not just the development of the brand, but the very history of the automobile itself.

The museum is organized in 3 areas: Timeline, the industrial continuity; a selection of 19 cars which best represent the development of the brand. Bellezza (Beauty): from prototypes of the car designs, to the cars built by the Touring bodyshop under the Superleggera brand in the 1930s and 40s. In 2009 and 2013 Alfa Romeo MiTo and Alfa Romeo Spider were elected as the iconic car of the LGBTQ+ community, because of their elegance and beauty as well as for their road performances. They had a strong emotional value because they represented the Italian ‘Dolce Vita’ lifestyle. The third area, Velocità (Speed) is where Alfa Romeo fans can meet the stars of Alfa Romeo’s major victories: the stars of the epic competitions between the two world wars, through to the debut in F1 racing, “Progetto 33” and “Racing in Alfa Romeo’s DNA”.

Gay Beaches in Sicily: Discover the Most Beautiful Nature Reserves

Picture this scene. A charming Tuscan countryside with rolling hills. A villa dominates the naturally green scenery dotted with historic castles and treaded paths from pilgrims used for centuries throughout the Chianti-Rufina region. A look out at the view...

Italy has long been a perfect destination for travelers with an interest in art. For LGBTQ+ travelers, there are hundreds of stories waiting to be discovered throughout Italy that dive deep into the LGBTQ+ history, art, and culture that...